Who steals my purse steals trash; ’tis something, nothing;… But he that filches from me my good name Robs me of that which not enriches him, And makes me poor indeed

The objective of every trial is the pursuit of justice. Regardless of whether that objective is achieved at the end of the trial, it is likely that the outcome will damage someone’s reputation forever. In today‘s fast-moving media world, companies and individuals are tried in the court of public opinion long before the verdict is ever pronounced in a Court of Law. The public judgment is usually made very soon after a lawsuit has been filed, based on speculation rather than evidence. Or sensation rather than justice.

Legal systems and practices have not kept pace with the radical changes in the media landscape over the past twenty years. Comparing the slow wheels of justice against the “real-time” speed of digital communication, the frequent clash of cultures between lawyers and communicators is hardly surprising. However, respectful collaboration between these two disciplines has never been more important. The days in which the “sub judice rule” was set to prevent statements being made in public, which might influence judicial proceedings are long gone. This is however often not reflected in the course of justice today. The standard line “We cannot comment on judicial court proceedings” is regularly drowned out by an emotional media debate, which prejudges the parties involved and destroys trust in leaders, individuals or institutions overnight. In any case, the headlines which emotionally publicise legal accusations are always louder than the announcement of an acquittal many months, or even years later. So today’s media environment has meant the end, not only of the “sub judice rule” but also the call for “presumed innocence”. Under these circumstances targeted communication is just as important as a sound legal defence on the long road toward trial.

There are many benefits for all concerned in bringing cases to trial with a balanced consideration of both legal and communicational factors, summarised as follows:

2. Solidarity: Systematic involvement of all important parties before, during and after the trial brings together a strong group of supporters or allies and promotes understanding of the

3. Publicity: Reinforcement of the legal case outside of the courtroom, actively influencing public opinion and engaging in active dialogues with the media make a strong contribution to the debate.

5. Justice/Fairness: Active participation in public opinion (or perception management) can be seen as a key to ensuring true justice.

One could say that communication is the most important success factor in a legal dispute, both in the public arena and in the court of law. While the battle between lawyers in a Court room can be an impressive, high-level verbal firework punctuated with judicial terminology, a media debate will mostly use emotional  arguments, popular terms and hard-hitting sensational statements. The legal argumentation rarely reaches the public in a form that can be readily understood. It is therefore not surprising that public opinion is more likely to be influenced by the messages that form part of the public debate. By incorporating a communication strategy as part of the legal case, a common language and a holistic approach can be agreed, which helps all parties to communicate effectively during the various stages in the process.

A legal case rarely only affects the involved parties. There are many other stakeholders, whose life and work could be affected or radically changed by the outcome of the trial. For companies and individuals it is important to maintain a dialogue with their most important stakeholders during the trial. This builds trust and ensures solidarity among supporters, which can prove to be very helpful as the media debate develops prior to trial. Doing this effectively requires systematic procedures and professional communication. Failing to do so could weaken a company’s safety net at the worst possible time and can result in compounding its problems even more.

Digitalisation has led to major changes in the media landscape, which have radically changed the ways of collaborating with journalists. The number of classic media channels is rapidly shrinking, while digital channels have grown exponentially. Nevertheless the public debate about important legal disputes is still largely led by the reports in classical media. Here the editorial teams are smaller and the specialisms among journalists are becoming more diffuse. In this environment, it is of great benefit to work proactively with the media before, during and after a trial.  Due to staff reductions in media houses, it is necessary to build even stronger networks with journalists and where possible, to prepare the ground with the media before details of the trial become widely available. In some instances, badly researched articles based on falsehoods can be prevented entirely. Depending on the topic and context, proactive communication via social media channels can also make a positive contribution.

Activities such as offering background discussions and information, as well as giving journalists access to experts can contribute to more balanced reporting on the case. A systematic media contact program can ensure that relevant information is published at the right time and in the right tone. Most importantly, accusations can be professionally countered without jeopardising strategic elements of the defence, and thus avoid falsehoods being considered truths in the court of public opinion.

Lastly, the systematic collaboration with the media and /or the use of social media networks can offer the possibility of effectively supporting the legal strategy.

During the course of litigation, all parties involved are at risk. For company leaders the risk of being branded as the “scapegoat” or “enfant terrible” in the wake of a corporate problem is high. In such instances individuals are well advised to get support, not only from legal but communication experts. High profile blunders can quickly mean the end of a career.

Well-managed communication is one of the best ways of ensuring protection of the parties and potential victims of legal action.

If a ‘fair trial’ is the goal of every legal team puttygen download windows , then a ‘fair public debate’ should be the objective of Litigation-PR (if a public debate can’t be avoided).

What could be more unjust than a long drawn-out trial, in which the accused party is publicly humiliated and discredited – only to end with an acquittal which no one hears!

Actively managing and taking part in communication at all levels brings about a fairer appraisal of the case and thus is a more effective way of ensuring true justice.

Although awareness of the importance of litigation PR has increased over recent years, the strategies of communicators are often still disregarded by the lawyers in the heat of legal developments as proceedings unfold. Even when there is a mandate for communication, the events leading up to trail often take their own course and cause a rift between the two disciplines, which cannot be repaired. It is imperative to foster greater understanding on both sides.

The danger of a Judge being influenced by communication efforts alone is irrelevant in today’s noisy arena, where a million voices are communicating on all channels at all times and about all things. On the contrary, it is an ever greater responsibility in the pursuit of justice, to hear the truth (and nothing but the truth) from informed sources, beyond the noise. 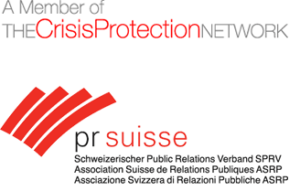